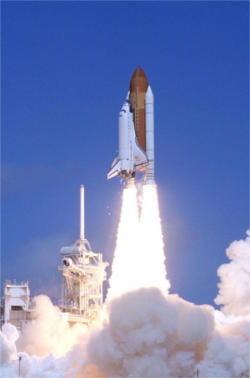 Update: it is official that Samsung will announce Galaxy S7 on February 21, 2016, through the event before MWC 2016.

The Galaxy S7  release date will very likely be in the second week of March.

We all know Samsung Galaxy S7 release date is near. Galaxy S7 will be one of the flagship Android phones in 2016, not only for Samsung but also for Android.

This is still a top secret of Samsung.

But before Galaxy S7 release date, Samsung must announce it first.

This is due to legal and logistic reasons.

All smartphones to be sold in a country must get the approval from the authority.  For example, in the US, FCC will approve all phones to be sold in the US.  Government agencies, unlike suppliers and distributors, are not bound by the non-disclosure requirements set by Samsung.

So, Samsung will surely announce (unveil) the details of Galaxy S7 before they send the device for regulatory approval.

This means it is NOT expected that Galaxy S7 will be suddenly available in all stores. For flagship phones, all vendors want to build hype before making it available in the market.

Due to logistic reasons, Galaxy S7 release date will be a few weeks after Galaxy S7 is announced.

So, before thinking about Galaxy S7 release date, you have to guess the possible Galaxy S7 announcement date.

What’s the difference between the announcement date and Galaxy S7 release date?

As mentioned, most flagship smartphones are announced before you can buy them.

In other words, you can buy Samsung Galaxy S7 on or after Galaxy S7 release date, which is later than the time when Galaxy S7 is announced (unveiled).

As a tradition, Galaxy S phones are always announced in the first half  (usually in Q1 except S3), and Galaxy Note series are announced in the second half (usually Q3). Keeping this release schedule makes it possible to release two flagship models each year.

Most other smartphone vendors can only release one flagship model each year normally. This contributes to Samsung’s success in crowded smartphone market significantly.

Due to lower-than-expected sales of Galaxy S4 and Galaxy S5, Samsung made some radical changes in Galaxy S6.

However, the new all-metal-glass and iPhone-like design failed to save the sales of Galaxy S6 obviously.

Very likely, Samsung will announce Galaxy S7 a few days before Mobile World Congress 2016 so that Galaxy S7 can be released globally in late March/early April.

Very likely, Galaxy S7 release date will be in March.

There is a rumor that Galaxy S7 release date will be in February, and Samsung will announce Galaxy S7 on January  19, 2016.

This is unlikely. January and February are not a good time to release flagship products. Consumers are not ready in buying mode.

When can you buy Samsung Galaxy S7?

For flagship phones like Galaxy S7, Samsung will try to release it to as many markets as they can to boost the sales and build up initial sales momentum.

But this does not mean Galaxy S7 will be available in all regions at the same time at the Galaxy S7 release date.

Very likely, Samsung will release Galaxy S7 in most regions within 2-3 weeks.

This means that in most regions you can buy Galaxy S7 by the end of April.

If you have any questions on Galaxy S7, you may check other pages for Galaxy S7 guides: