You are here: Home / Galaxy S8 new features / Top 8 missing features of Galaxy S8 and S8+ that may annoy you 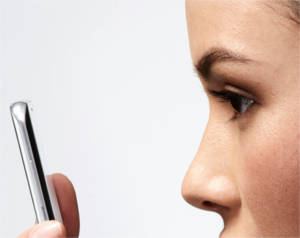 There are some missing features of Galaxy S8 that may annoy you, although Samsung Galaxy S8 and Galaxy S8+ are surely one of the hottest flagship smartphones in 2017 based on specs and new features.

You may notice that some important features are missing in Galaxy S8 and S8+.  These missing features of Galaxy S8 may be relevant to some users.

So, we hope this list of the top 8 missing features of Galaxy S8 and S8+ can help you make the decision before pre-ordering the phone.

As a reaction to the failure of Galaxy Note 7 battery, Samsung is extremely careful with Galaxy S8 and S8+ battery.

They apparently did not push the design and engineering limit for a bigger battery for S8 and S8+. And if Galaxy S8 battery fails again, Samsung will probably be in the death spiral in smartphone market.

The result is the smaller battery.

It is so small that you should concern about the battery life, although Samsung claimed similar battery life as Galaxy S7.

The new 10nm processor may help save some battery. But the screen, which is bigger now, usually is the major battery drainer. There are no new technologies in the Super AMOLED screen for battery saving.

So, not only heavy users, but also many moderate users, need to concern about the battery life of Galaxy S8 and S8+.

Samsung is usually good at industrial design and sometimes is a good follower (copycat?) in design .

But for Galaxy S8 and S8+, the location of fingerprint sensor is both strange and wrong.

The fingerprint sensor is so close to the rear camera that almost all owners will occasionally tap on the camera inadvertently as show in the layout of Galaxy S8 and S8+.

Placing fingerprint sensor in the back is not new. All other Android vendors did it correctly by placing it far from the camera sensor.

Of course, some reports indicated that the location of fingerprint sensor in Galaxy S8 and S8+ is the last-minute decision.

Samsung originally planned to place the fingerprint sensor under the touch screen as evidenced by the awkward and whizzy (but half-baked) home button. But it seems the technology was not ready and they have to find a location for fingerprint scanner without changing the design too much.

The question is that why Samsung does not have a plan B for such an important and basic feature.

Anyway, the inconvenient location of fingerprint sensor is one of the major design flaws of Galaxy S8 and S8+.

As explained in new features of Galaxy S8 and S8+, Samsung Bixby mainly works locally on the phone and offers additional ways to interact with the phone.

So, it is a good compliment to Google Assistant, although further polishing is needed.

The problem is the dedicated button for Samsung Bixby. Many owners will press it inadvertently when they want to press other buttons.

A physical button for camera will be more useful.

To make it worse, Samsung replaced the un-welcomed briefing screen with Bixby home, which is in the leftmost panel of your home screen panels.

Bixby home is another rubbish feature that discredits Samsung Bixby. Many owners will try to disable it, although some may want to use Bixby.

You may follow this guide to hide or remove Bixby Home from the home screen of Galaxy S8 and S8+.

If you want to completely disable Bixby button in Galaxy S8 and S8+, please follow this guide.

We all know Gear VR, which is decent.

But Daydream VR,which is part of stock Android Nougat, does have its advantages. Especially, for owners or homes who also own some other Android phones, Daydream VR support matters.

Samsung also updated Gear VR with a remote control, which is similar to Google’s Daydream viewer.

Obviously, Galaxy S8 and S8+will never support Daydream VR. Samsung want to lock you in its own Galaxy land.

But do you want to be locked there?

One of the exciting Galaxy S8 accessories is Samsung DeX.

You can instantly transform your Galaxy S8 and S8+ into an Android PC.

The only problem is its price. Samsung asks for $150, with which you can get an entry-level Chromebook capable of running most Android Apps.

The manufacturing and hardware cost of the docker should be less than $25.  So, Samsung believes its software innovation is valuable.

But do you want  to fork another $150 for Samsung’s innovation?

If Samsung priced it less than $100, I guess many more Galaxy S8 or S8+ owners will try it.

Now, Samsung turned off most potential buyers with a premium price tag.

This reminds me about  the failure of ASUS’s Padphone, which can turn the phone into a tablet instantly and you can seamlessly continue the work on the large screen. It is convenient and innovative.

But the problem is also pricing. ASUS also asked a price which is similar to their own tablet, for the docker. The result is that it hurt both the sales of the phone and the fate of the docker.

Anyway, Samsung DeX is an exciting Galaxy S8 accessory. But the $150 price tag for the docker can only be swallowed by Apple fans. Android fans are smart in spending money.

Samsung upgraded the front camera in Galaxy S8 and S8+ with 8MP sensor and auto focus. Selfiers should be exciting about the new front camera.

But for the main (rear) camera, Samsung put an almost identical camera sensor in Galaxy S8 and S8+ as in Galaxy S7 and S7 edge.

Of course, there are some firmware improvements and some tweaks here and there. And the new processor can also help a lot. You may check Galaxy S8 camera guides here.

Essentially, it is still a Galaxy S7 camera, which is one of the best smartphone cameras in 2016.

Samsung finally ditched the two capacitive buttons in Galaxy S8 and S8+ and joined the mainstream of Android with software buttons.

As mentioned above, very likely, Samsung initially planned to embed fingerprint sensor under the touch screen. This area also functions as the home button.

But it seems the plan failed and we got a awkward and half-baked home button.

To make it even more confusing, Samsung added the Bixby hardware button, which can also be partially a home button. When you press it (not hold it), you will be go to Bixby home, which is next to the normal home screen.  You can go to home screen with one more swipe.

#8 of top 8 missing features of Galaxy S8: curved screen only

But Galaxy S8 changed this.

Both Galaxy S8 and S8 are using a curved screen. There is no flat screen version.

So, users who prefer a flat screen were totally eliminated from Galaxy S8 family.

It is a bad decision.  Instead of bringing more users, Samsung now simply asks you to take it or leave it.

Edge screen is cool for some owners, but not all.

What’s your thought on top missing features of Galaxy S8 and S8+?

You may also check our Galaxy S8 guides: