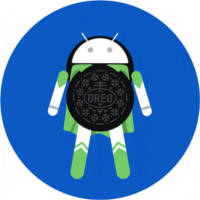 Android Oreo 8.0 (Android O) was officially released to the public on August 21, 2017. It is hailed to be much smarter, faster and efficient than its predecessors.

Most flagship Android phones released in 2018 will come with Android Oreo 8.0/8.1 pre-installed.

In addition to its revamped user interface (UI), Android Oreo 8.0 introduces many new features and improvements for all-level users.

For new features in Android Oreo 8.1, please check this post.

PIP is one of Android 8.0’s most prominent features.

PIP is a special multi-window mode mostly used for video playback. This is similar to pop-up view in Samsung’s multiwindow mode.

Picture-in-Picture mode was previously introduced to Android TV with stock Android,  but not on mobile.

To use PIP mode, you need to start by playing a video in a video player or on Youtube. Then, press the home button on the navigation bar. The video would appear as a small floating window. You can relocate the video window and further adjust the size of the floating window according to your preference.

You may check this How to use picture-in-picture (PIP) mode in Android Oreo 8.0 and 8.1? guide, if you want to know how to use PIP mode in detail.