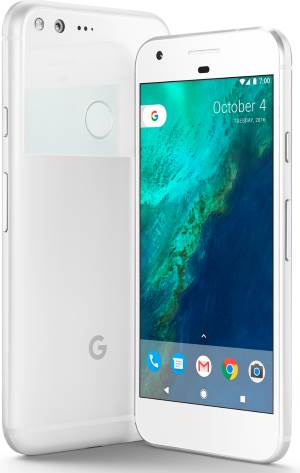 Android Nougat 7.1 does not equal to Pixel phone (or Pixel XL) phones

So, you should not expect so many new features in Android Nougat 7.1 as in 7.0.

In Android Nougat 7.1, you can add blue light filter to your screen. This may be good for health of your eyes according to this post because of “exposure to blue light at night, emitted by electronics and energy-efficient lightbulbs, harmful to your health”.

Although I am not fully convinced by such researches, I do feel more comfortable when the ambient is dark if night light is turned on. This Android Nougat 7.1 new feature will make the display a bit yellowish.

So, night light, as suggested by the name, is nice for reading when the ambient light is turned off.

Just FYI, the abandoned Galaxy Note 7 also have this similar feature although it was running Android Marshmallow.

Please note, as many other Android features, some Android vendors may not implement this night light feature in Android Nougat 7.1 phones.

In Android Nougat 7.1, you can swipe down on the fingerprint scanner from any screen to see your notifications (access notification shade).

Of course, this requires a fingerprint scanner.

For Daydream VR mode, there are two types of Android Nougat phones:

Please note, currently, only Google released Daydream VR viewer. Other vendors may release their own models in coming months.

Some new features in Android Nougat 7.1 were added for developers.

One of the most useful new features for developers is app shortcuts support.

App shortcuts like context menu on the home screen. The developer can define shortcuts to specific actions in the app. These shortcuts can be displayed in a supported launcher. Currently, Google Now launcher and Pixel launcher support this feature.

When a user tap and hold the app in the home screen, these shortcuts will be shown and can be used just like a context menu.

The developers now have more choices for their app icons.

Exclusive features of Pixel (and Pixel XL) phones that are not part of Android Nougat 7.1

As mentioned, Google Pixel and Pixel XL phones have some exclusive features that are not part of Android Nougat 7.1.

Of course, these features may be ported back to future Android versions.

Currently, the exclusive features of Pixel and Pixel XL phones include:

Anyway, some of these features requires special hardware, for example, camera app, and probably will not be ported back to Android. Google always leaves this to individual vendors.

Please note, this is a owner-help-owner community. If you need official technical support or have warranty/sales related questions, please contact the vendor directly.