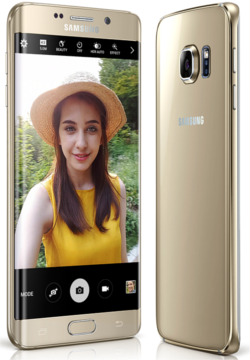 Apparently, the sales of the duo (Galaxy S6 and Galaxy S6 edge) are not as good as expected as reported. Samsung need new flagship phones to get the market.

Will Galaxy S6 edge+ give Samsung a lift in poor sales?

But for most owners, one-hand operation is not a big issue.

Edge screen is a signature feature in Galaxy S6 edge.

For existing Galaxy S6 edge owners,  Samsung may bring this feature to your phone in future update.

Galaxy S6 and Galaxy S6 edge set the standard for smartphone cameras in 2015.

Although  Galaxy S6 edge+ uses the identical camera sensors as Galaxy S6 edge, significant improvements in camera features can be spotted.  These include:

Again, probably (no confirmation or guarantee from Samsung yet) these features will be added to Galaxy S6 edge in future update.

But for the RAM, Galaxy S6 edge+ comes with 4GB; while Galaxy S6 edge has 3 GB. For most owners,  they will not notice the difference. But for heavy game players, and multi window users, the additional 1GB memory should boost the performance and reduce the possible lags.

So the charging time sit between fast charging and wireless charging.

It is unclear why Samsung removed the IR blaster from Galaxy S6 edge+. Probably due to the low usage and cost saving. Most Galaxy phone owners are not aware of this feature.

As for SD card slot, and removable battery, I listed them as the defects of Galaxy S6 and Galaxy S6 edge.  Galaxy S6 edge+ continue to disappoint some potential owners who need these features.

Anyway, if you need removable battery or SD card support,  Samsung is closing the doors for you.

Please let’s discuss in the comments below.