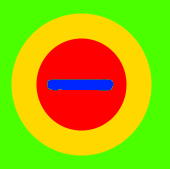 Do Not Disturb (DND) allows you to escape from nonurgent disruptions from your phone while important calls, alarms, notifications can still alert you.

What is Do Not Disturb?

Android Marshmallow (Android 6) introduced the Do Not Disturb to help users limit interruptions from the phone and therefore improve productivity.

Over the last a few Android releases, Google fine-tuned this feature to make it easy to understand and easy to use.

Basically, on Samsung Galaxy S20, Do Not Disturb mode allows you to filter interruptions so that:

Please note, Samsung removed some Do Not Disturb features found in the stock Android, for example,

So, do not assume Do Not Disturb on Samsung Galaxy S20 is identical to many non-Samsung Android phones.

How to enable and disable Do Not Disturb on Samsung Galaxy S20 on-the-fly?

In addition to turning on/off Do Not Disturb automatically (read on), there are a few different ways to enable or disable Do Not Disturb on Samsung Galaxy S20 on-the-fly.

You can swipe down twice from the status bar, or from the top of the screen (when the status bar is hidden, e.g., in full-screen mode), to access Galaxy S20 quick settings panel.

As shown in the screenshot below, you can find the Do not disturb button.

Tap the Do not disturb button to enable or disable DND mode immediately on Galaxy S20.

You can tap and hold the button to open DND settings (read on).

As explained here, you can rearrange the buttons in the quick settings panel and move the Do not Disturb button among the first 6 spots so that you can access the button from the notification panel.

At the same time, there will be a notification icon, as shown on the left,

in the status bar. It should disappear once you disable the DND.

Please note, if you customize the notification icons in the Galaxy S20 status bar, the icon may be not shown.

You can also enable or disable Do Not Disturb from Galaxy S20 Settings. Of course, you can also customize and schedule DND here.

In Galaxy S20 Settings, as shown in the screenshot below, tap Notifications.

In the Notifications page, as shown above,  You can find the entry for Do Not Disturb.

If you want to turn on or turn off DND, you can just tap the switch (marked as B) to instantly enable/disable the feature.

How to customize and schedule Do Not Disturb on Samsung Galaxy S20?

By default, Galaxy S20 Do Not Disturb (DND) will block all calls and mute all notifications except alarms and media.

Or you may want to schedule the DND so that it can be started and stopped automatically without your action.

Galaxy S20 allows you to customize some behaviours of the DND and to schedule DND.

In the Notifications page, as shown above, you can tap Do not disturb (marked as A) to access the settings of  DND on Galaxy S20.

Alternatively, as mentioned earlier, you can tap and hold the Do not disturb button in the quick settings panel to access the DND settings.

As shown in the screenshot below, on the Do not disturb settings page, in addition to turning on/off  DND, you can also:

Schedule Do Not Disturb

As shown in the screenshot below, tap Turn on as scheduled (marked as 1), to schedule the DND.

On the Turn on as scheduled page, as shown in the screenshot above, you can

You can add a schedule by tapping the + button (marked as 5).

In the New Schedule page, you can set a name, specify days, start time and end time for the schedule, as shown below.

Once you set up this schedule, it will appear in the list. You can then enable or disable it individually.

Once a schedule is enabled, DND will be turned on and turned off automatically based on the start and end time you specified.

Of course, you can always overwrite the schedule settings by manually turning DND on and off.

You can manage the schedule by tapping the menu key (3 vertical dots) on the Turn on as scheduled settings page  (marked as 6), as shown earlier.

As shown above, you can then tap Remove the remove any of the schedules.

Please note, if you do not want to use a schedule temporally, you can just disable it with the switch.  It is unnecessary to remove it.

Set the default duration of DND

If you manually turn on Do Not Disturb, then Galaxy S20 needs to know when to stop.

So, you need to set up a default duration for DND mode.

Tap Duration (marked as 2) in the Do Not Disturb settings page shown earlier to set the schedule.

As shown below, there are three options for the default duration of DND on Galaxy S20:

This is “default” duration when you manually enable Do Not Disturb on Galaxy S20. For example, if you set it to 2 hours, the DND will stop after 2 hours automatically. If you choose “until I turn it off”, then it will stay on until you manually turn it off.

In addition to muting (silencing, i.e., settings volume to 0 and disabling vibration) notifications, you can also hide them all, or hide them selectively.

As shown in the screenshot above, you can choose how notifications will be processed.

If you choose “Hide all” (NOT recommended), it will not only hide them from the status bar icons but also notification badges and notification list.

Of course, critical notifications related to phone activity and status will always be shown. They can overwrite the DND settings.

Normally, it is recommended to turn off:

For most users, the pop-up notification is too intrusive and therefore it is better to turn it off in the Do Not Disturb mode.

But if you want to accept (or reject calls) without navigating to the notification list, you may turn off “Don’t pop up notifications“.

Customize exceptions for Do Not Disturb on Galaxy S20

You can add some exception rules to the DND settings on Galaxy S20.

As shown in the screenshot below, Galaxy S20 allows you to set up the following exceptions:

By default, alarms and media sound are enabled on the list.

If you want to allow some contacts to ring you, you can tap Calls from, as shown below.

As shown above, you can specify:

Please note, if you want to allow specific contacts to ring you in the DND mode, you should set them as favourite contacts in the Contacts app.

For messages, the exception list option is similar. But you need to set it up separately.

Please note, Samsung does NOT allow you to add an app to the exception list. Some stock Android phones (e.g., Pixel phones) has this feature.

How to manage Do Not Disturb permission on Samsung Galaxy S20?

By default, only a few system apps can control Do Not Disturb. For example, the system can automatically turn on and turn off DND based on your schedule.

Some apps will automatically get the Do Not Disturb permission if you grant them notification access permission. For example, when you use Galaxy Buds (or Buds+) or Galaxy Watch, you need to grant the permission. Otherwise, these accessories will not function as expected.

But a few apps may request the DND permission without a valid reason.  For example, WeChat always requests unnecessary permissions. In this case, you should not grant the permission.

You can check the apps that have been granted the DND permission in the application manager.

In the pop-up menu, tap Special access, as shown above.

Now, in the Special access page, you can find different special permissions granted to apps.

Tap Do not disturb permission to see the apps requested this permission.

Of course, you can grant or revoke the permission here.

For example, as shown above, all apps that request the DND permission are listed.

Some apps (for example, Android Auto) were automatically granted the permission because you granted notification access for them.

Some apps, for example, Galaxy Wearable, were granted the permission by the user. If you revoke the permission, some functions on the connected accessories may not work.

Of course, some apps, for example, Gmail,  requested the permission, but were rejected, or not granted yet.

As mentioned, some apps (e.g., WeChat) tend to request many permissions that are not required for the functions of the app.  In this case, you can revoke the permission if you granted inadvertently.

As shown below, you can turn off (revoke) the Do Not Disturb permission for WeChat app.

Do you have any questions on Do Not Disturb on Samsung Galaxy S20, S20+, and S20 Ultra?

If you have any questions on using or customizing Do Not Disturb (DND) on Samsung Galaxy S20, S20+, S20 Ultra, and other Samsung galaxy phones, please let us know in the comment box below.

The community will help you get the answer.

If you have any questions on Galaxy S20, you may check other Galaxy S20 guides:

You can also join us on our  Facebook page.