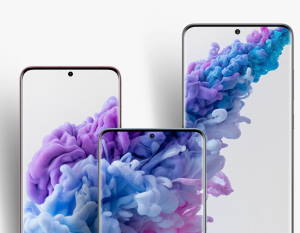 Galaxy S20, S20+, and S20 Ultra will be one of the best selling flagship phones in 2020, although there are some missing features and poorly implemented features.

In-display fingerprint scanner: the worst of the worst features of Galaxy S20

It’s probably one of the worst features in S10 and S10+. Luckily, you can still choose Galaxy S10e if you need a better fingerprint reader.

The in-display fingerprint reader in most cases is less accurate, slower, and inconvenient. It is an example of meaningless innovation for smartphones.

Samsung since then added this not-ready features to all of their “flagship” smartphones to differentiate them from other Android phones (because only a few Chinese brands used similar or even worse in-display fingerprint read).

If you skip the fingerprint reader, then you have only the less secure face recognition for biometric authentications.  The default behaviour of face recognition in Galaxy S20 is that you have to swipe on the lock screen after the phone is unlocked. You need to follow this guide to disable the stay on the Lock screen.

All of the three Galaxy S20 models (Galaxy S20, S20+, and S20 Ultra) use the same in-display fingerprint sensor.

If you need a normal fingerprint reader, you should eliminate Galaxy S20 from your list.

Although Samsung claimed they improved the fingerprint sensor, for example, a larger touch area (see Galaxy S20 layout) and faster recognition, it is still inferior to most of the capacitative fingerprint readers found in many middle-range smartphones.

You will feel the pain sooner or later. Especially, in the dry winter, it is almost impossible to use the in-display fingerprint reader.

So, we consider the in-display ultrasonic fingerprint scanner is the worst of the worst features of Galaxy S20, Galaxy S20+, and S20 Ultra.

Samsung “invented” the curved screen in Galaxy Note Edge (Note 4 Edge) with a separated curved edge screen, which nobody likes.

Samsung is so proud of their curved screens that they want to make it a signature feature of their top-tier smartphones, although it reduces the usability of the phone.

Since Galaxy S6,  the curved screen became an option: you can choose Galaxy S6 with a normal flat-screen or Galaxy S6 edge (and later Galaxy S6 Edge+).

Samsung tried hard to make the curved screen a premium feature. In Galaxy S8 and S9, they totally removed the flat screen option.

They added the flat-screen option in last year’s Galaxy S10e, the cheapest model of the Galaxy S10. FYI, edge screen (which most owners never used), does not need the curvature. It can be implemented on any flat screens.

Over the years, Samsung actually scaled back the “curved” part due to negative feedback. But they still want to try their luck.

A phone is not a piece of jewellery to show off.  It is for practical use.

The curved screen in Galaxy S20 is purely for aesthetics (so-called infinity display) at the cost of conveniences. You will inevitably touch the “edge” screen inadvertently. It is surely one of the worst features of Galaxy S20.

Manufacturing the curved screen is the strength of Samsung ‘s display unit.  But you (or only you) can do it does not mean you should do it.

Removing the headphone jack is the most stupid choice Android manufacturers ever made. It removes a useful feature without improving anything or delivering a better solution.

HTC, who championed the move, is dead already.  It should.

Google’s Pixel  (except the with -headphone-jack Pixel 3a) is harder to sell than ever. Forget about the all-inclusive Nexus phones.

Apple is laughing with billons of dollars revenue from AirPod and AirPod Pro. For Apple, it is a smart business move of getting a new revenue stream.

Will Samsung make up the loss in Galaxy Buds or the newly announced Galaxy Buds+? Unlikely.

Galaxy S10 is  Samsung’s last flagship phone with a headphone jack, which can now be found in cheaper phones.

Maybe, Samsung will brag about headphone jack as an innovative feature in S21 or S22. Remember, they removed the SD card in Galaxy S6 and Note 5. But they later added it back as a “new” feature.

Anyway, most USB-C headphones do not work universally. The choice is very limited.

Bluetooth is mainly for “voice” and “sound”, not for music. Period.

Samsung bragged a lot about 25W and 45W super-fast charging since Galaxy Note 10.

But all of the 3 Galaxy S20 models only support Quick Charge 2.0  (QC 2.0) and their proprietary adaptive fast charging. None of them supports QC 3.0.

Although the charging speed of Galaxy S20 is in par with other flagship smartphones, missing QC 3.0 is still a failure of Galaxy S20.

We cannot avoid the price when talking about Galaxy S20, which is absurdly expensive. iPhone looks so cheap now.

At least, there is no reason to buy Galaxy S20 or Galaxy S20+ at this price point. Only Galaxy S20 Ultra has some unique and useful camera features that cannot be found in other smartphones.

If you think Samsung can pocket in more profit, very likely, you are wrong. Samsung needs more money to advertise the Galaxy S20 because Samsung lacks a solid loyal user base. And Samsung tried hard to get “new” buyers, instead of pleasing existing customers.

Roughly, the selling cost (excluding reseller/distributor’s profit) per set of Galaxy S ( and Galaxy Note ) phone is at least 2 to 4 times that of an iPhone. Apple usually spends less than $100 per handset for marketing and direct sales cost. But for Samsung Galaxy S and Note devices, it is about $200-400.

So, when you see the large Galaxy S20 billboards everywhere, you will then understand the hefty price of the phone.

Please share your thoughts and comments on the worst features of Galaxy S20, S20+, and S20 Ultra in the comment box below.