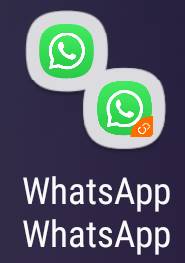 App pair on Galaxy S9 and S9+ allows you to launch and use two apps as a pair in the split-screen view of the Multi Window mode.

Samsung first introduced app pair on Galaxy Note 8 on 2017. It was then available for all newer Galaxy phones including Galaxy S9, S9+ and Note 9. App pair was also backported to Galaxy S8 and S8+ in the Android Oreo update.

This Galaxy S9 guide explains how app pair works on Galaxy S9 and shows you the two methods of creating app pairs. The guide also shows you how to manage app pairs and how to use app pair together with dual messengers.

As mentioned, the app pair is not an exclusive feature of Galaxy S9 or S9+. Instead, it is a standard Multi Window feature on Samsung phones with Android Oreo. So, this guide applies to other Samsung Galaxy phones including Galaxy Note 8, S8, S8+ and Note 9 as well.

As explained in the Galaxy S9 Multi Window guide, you can use two apps in the split screen view simultaneously.

You may need to use a certain pair of apps often. App pair is to address this demand: you create a pair so that the two apps are launched in the split screen view directly.

Of course, this is faster than the old workflow: entering Multi Window mode,  then selecting apps.

Even better, you can use app pair in Galaxy S9 edge screen to launch the two apps without navigating to the home screen.

Essentially, app pair on Galaxy S9 is a shortcut to the split-screen view of two apps. You can put the shortcut on Galaxy S9 home screen or edge screen.

Two ways to create an app pair on Galaxy S9 and S9+?

There are at least two methods to create an app pair on Galaxy S9 or S9+:

When you are using the split screen view (please check this guide on how to use the multiwindow mode on Galaxy S9 if you are not sure about it), tap the spacer icon as shown below. 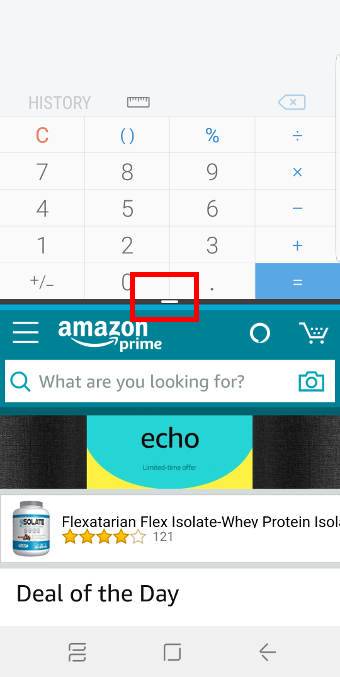 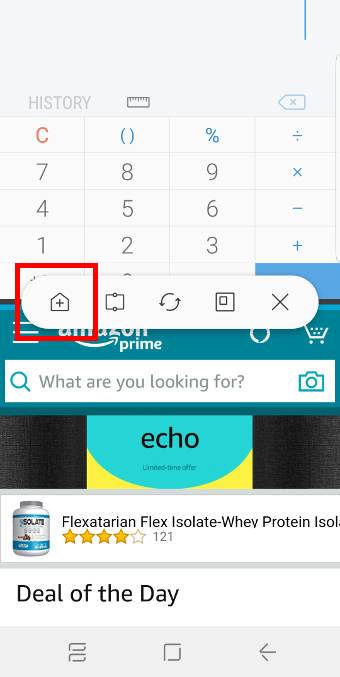 As shown in the screenshot above, you can find the additional options for the split screen view.

Tap the first icon as shown above to create an app pair, AND add the app pair to Galaxy S9 Home screen immediately.

On Galaxy S9 Home screen, you can see the app icon as shown below.

If you tap the icon, you will launch the two apps concurrently in the split screen view. 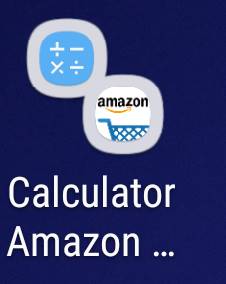 Method 2: Manually creating an app pair in the apps edge

You can also manually create an app pair in the apps edge of Galaxy S9 edge screen.

As shown below, in the edge screen, once you navigate to the apps edge, tap the EDIT button to enter the edit mode of the apps edge. 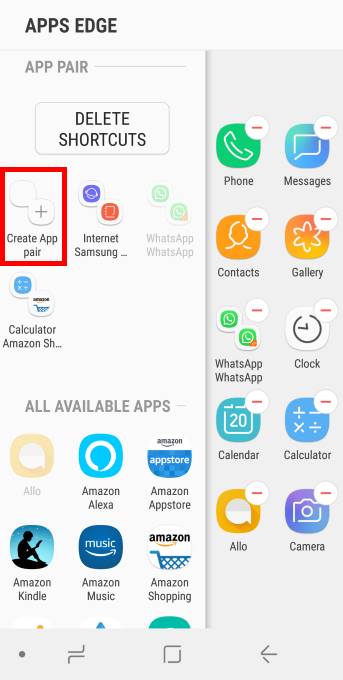 Now, in the apps edge settings, you can:

Tap Create app pair as shown above to create a new app pair.

You need to select two apps from all apps installed on the phone to create an app pair.

Please note, you are NOT allowed to run two copies of the same app in app pair except for dual messenger apps.

So, after you select one app, for example, Google Analytics, then you have to select another app for the second app.

Of course, one app can be used many times in different app pairs. 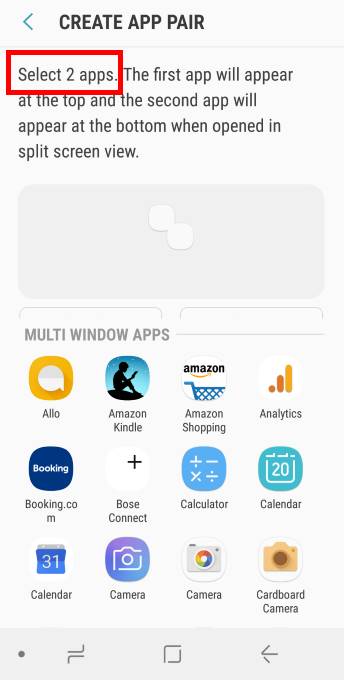 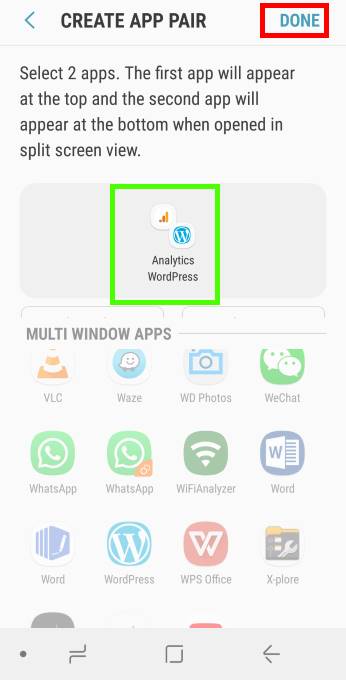 After selecting two apps, you can tap DONE as shown in the screenshot above to create an app pair for these two apps.

For example, in the screenshot above, Google Analytics and WordPress were selected.

After tapping the Done button, as shown below, a new app pair for these two apps were created.

Please note, the newly created app pair will not be added to the apps edge automatically.

If you want to use the app pair in the apps edge, you need to tap and hold (long tap) the icon, then drag it to one of the 10 slots of the apps edge. 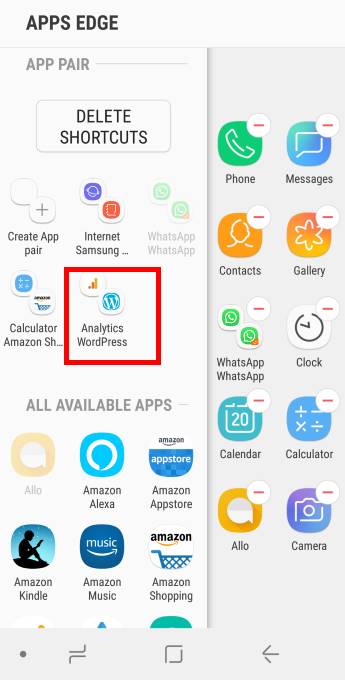 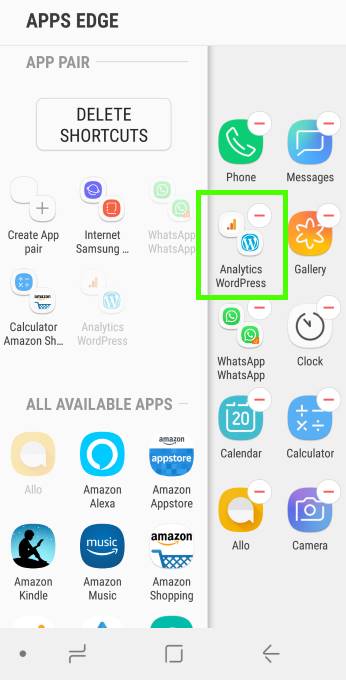 For example, as shown above,  the newly created was added to the apps edge. You can launch the two apps simultaneously at any time from Galaxy S9 edge screen.

The differences in these two methods of creating app pairs on Galaxy S9 and S9+?

Although both methods mentioned above create identical app pairs, the behaviour may be slightly different.

Other than the availability on the home screen, there are no differences for the app pair created.

How to manage app pairs on Galaxy S9 and S9+?

You can only manage (delete) app pairs from the edge screen.  Deleting them from the home screen does NOT remove them, which are still available in the apps edge.

In the screenshots shown earlier, you can find the Delete shortcuts button to delete app pairs.

After tapping the delete shortcuts button, you can now choose the app pairs to be deleted as shown below. 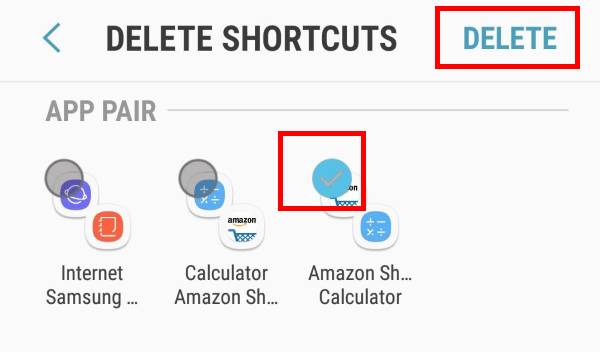 You may notice some app pairs are not listed for deletion.

Can I use two copies of one app in the app pair on Galaxy S9 and S9+?

No, you can only run one instance (copy) of an app at any time. This is the limitation of the Android.

Please note, you cannot use the app pair in Samsung Dex mode.

The community will help you find the answer.