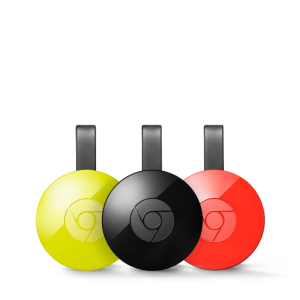 Detailed how-to style guides show you how to use Chromecast devices effectively.

The Chromecast guides are organised into the following categories.

Chromecast 101 is a series of eBooks on how to set up, use and troubleshoot Chromecast.

Currently, there are two titles available on Amazon:

How to launch Videostream (and other Chrome apps as well)?

You can launch Videostream just like other Chrome apps

As explained in this page, Videostream for Google cast is one of the best solutions to stream local contents to Chromecast.

It is both powerful enough and simple enough for most Chromecast owners. We also published a detailed guide on how to use Videostream extension to stream local contents to Chromecast.

But one of the most common questions asked is how to launch Videosteram after initial installation.

Videosteram for Google cast is just a normal Chrome app. So, you can launch Videostream just like launching other Chrome apps.

This is a simple job for Chromebook users, or seasoned Chrome users.

But for many new and casual Chrome users, it can be very confusing about how to launch Chrome app after the installation.

This guide will show you how to launch Videosteram for Google cast app easily. You can even create a shortcut of Chrome apps on desktop.

There are at least 3 different methods to launch Videostream for Google cast from your PC. We will cover all of them one by one.

After Google removed Chrome App launcher for PC (Windows, PC, and Linux) earlier this year, you cannot … Continue to read the post....

The post How to launch Videostream (and other Chrome apps as well)? appeared first on All About Chromecast.

AllAboutChromecast is a community for Chromecast owner to help other owners.  We are NOT affiliated to Google in any means.

All guides and articles in AllAboutChromecast.com are free to access for all users. No subscription is needed. You can also post your questions in comments section of each guide or article.

Chromecast is a unique device.

It is easy to setup and use, only if you know how to use it.

Like most modern gadgets, Chromecast has so many features and possibly different usages. It is impractical to cover them in one user guide.

For most Chromecast owners, you only need to know “how can I use it for bla bla bla”.

This is what our Chromecast How-to guides and Chromecast Audio guides will do for you.

All our guides were tested on our own devices before they were released. No BS.

Any most importantly, we (the whole … Continue to read the post....

The post About AllAboutChromecast.com appeared first on All About Chromecast.

How to use Chromecast to share desktop screen (and audio) to TV?

Almost every Chromecast owner knows you can cast any Chrome browser tab to your TV through Chromecast. What you need is just the Google Cast extension.

But you may not know you can share the whole desktop to Chromecast, and watch it on the TV. Even better, the audio output can also be transferred to TV!

When will you need desktop sharing to Chromecast?

Sharing your desktop with Chromecast is not only for fun. It solves a lot of practical issues.

Scenario 1: Media format is not supported by Chrome browser

The post How to use Chromecast to share desktop screen (and audio) to TV? appeared first on All About Chromecast. Google just announced and released the 2nd generation of Chromecast on September 29, about 2 years after the initial release of Chromecast.

You can order the new Chromecast through Google Store or Best Buy now.

In this post, I will share with you the top 5 new features and improvements of the new Chromecast (Chromecast 2015).

Detailed how-to guides for the new Chromecast will be added gradually.

In addition to the normal Chromecast with HDMI interface, Google released the new Chromecast Audio for your speaker.

You can connect Chromecast Audio to a speaker (or a soundbar or even your home theatre system) through the 3.5mm audio cable.

Chromecast Audio instantly turns your speakers or soundbar into a “smart” and “connected” device. It can stream music from the cloud or from your phones or other devices. Please check Chromecast Audio guides here.

It is better than a Bluetooth speaker:

The post What’s new in the new Chromecast (Chromecast 2015) appeared first on All About Chromecast. Update: a mini user guide is available on how to use Ethernet adapter for Chromecast.

Google quietly released a $15 Ethernet adapter for Chromecast in July 8.

The adapter will not only improve the network performance of Chromecast especially if your WiFi  network signal (strength and quality) is not so good, but also may introduce new usages for Chromecast.

I will share with you why this $15 Ethernet adapter for Chromecast actually is a big thing for the e  .

Will $15 Ethernet adapter for Chromecast drag you back to wired era?

The  is supposed to be very simple to setup and simple to use.

Most of the time, it is.  But not always.

Some Chromecast owners have faced such problems:

Ethernet adapter for Chromecast will surely solve these problems.

The post Google released $15 Ethernet Adapter for Chromecast appeared first on All About Chromecast.

Chromecast VS Miracast: everything you need know about Chromecast, wireless display and screen mirroring Chromecast was hailed by Time Magazine as the most innovative gadget in 2013.  This affordable HDMI dongle changes the way people consume contents, especially online video and music.

How to unify these screens?

There are different answers from different vendors. But most of them are vendor-dependent. In other words, the solution only works for some specific-branded devices. For example, Apple has AirPlay (which requires Apple TV); Samsung introduced  AllShare Cast since Galaxy S3 (which requires certain Samsung Galaxy devices).

Chromecast delivered an answer that is independent of hardware vendors!

Another hardware-independent answer is Miracast.

I will try to explain to you Chromecast vs Miracast:  the difference between Chromecast and Miracast (Miracast enabled devices), the advantages, and disadvantages … Continue to read the post....

When do you need to reset Chromecast (factory data reset)?

Most of the time, it is not necessary to factory reset Chromecast  (factory data reset). The device update itself when connected to internet.  It seldom gives problem.

But in the following two scenarios, you probably have to reset  Chromecast:

Method 1: Use the button on Chromecast to reset Chromecast

Hold down the button (next to the micro USB port) on your Chromecast for at least 25 seconds or until the solid light begins … Continue to read the post....

The post How to reset Chromecast (Factory Data Reset,FDR)? appeared first on All About Chromecast.

How to change Chromecast WiFi network?

If you have two WiFi networks at home for different purposes, for example, one for normal usage, and the other connecting to a VPN server, you may sometimes want to switch  Chromecast WiFi network.

This tutorial will show you how to change  Chromecast WiFi network  if you have more than one WiFi network at home.

Please note, this tutorial assumes you can access both WiFi networks. If you no longer have the access to the old network, you have to reset your Chromecast as shown in this tutorial.

Chromecast can only remember one network at any time. Changing Chromecast WiFi network means that the old network info will be deleted from Chromecast device.

Chromecast can only access 2.4GHz WiFi network. But your mobile devices or PCs that are on 5GHZ  network or on Ethernet can still find and connect to this Chromecast device,  as long as your devices and Chromecast are connecting to the same router.

To switch or change Chromecast WiFi network, you need:

The post How to change Chromecast WiFi network? appeared first on All About Chromecast.

How to stream local video to Chromecast? Update 1: there are several other methods to stream local video to Chromecast. Some work better. You may check this guide: Comparison of 5 methods for streaming local media files to Chromecast.

Although there are a few apps that can stream local video to Chromecast, they are NOT free, and not intuitive. If you are curious, you may try Avia Media Player (Chromecast), or Plex, or the RealPlayer Cloud.

You do not need  any apps (except the Google Cast extension for Chrome).  Of course, there is one downside: the streaming quality  is limited to 720p with high bitrate, no 1080p at this time. But this quality usually is sufficient for most videos.

What you need to do is  to install the Google Cast extension from Chrome store. Once this extension is installed, you can cast any tabs of your Chrome browser to the TV.

So, how to stream local video to Chromecast (and watch onTV)?

It is simple. In the address bar, instead of typing http bla-bla, … Continue to read the post....

The post How to stream local video to Chromecast? appeared first on All About Chromecast. 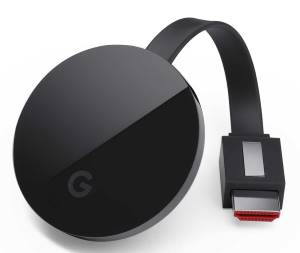 This actually is the 3rd generation of Chromecast. Chromecast (1st gen) was released in  2013. Chromecast 2nd gen and Chromecast Audio (which were discontinued in 2019) were announced in 2015.

Is Chromecast Ultra for 4K TV only?

One of the most prominent features of Chromecast Ultra is supporting 4K video streaming.

But this does NOT mean Chromecast Ultra is only for 4K TV owners.

If you only have a Full HD (1080p) TV, compared to Chromecast 2nd gen,  Chromecast Ultra can still offer some nice new and improved features: