Detailed how-to style guides show you how to use Chromecast devices effectively.

The Chromecast guides  are organized in following categories.

Chromecast 101 is a series of eBooks on how to setup, use and troubleshoot Chromecast.

Currently, there are two titles available in Amazon:

How to use Chromecast to stream music to dumb speakers (as Chromecast Audio does)?

Of course, this may require additional setup and one additional gadget (a few bucks) unless your speaker or AV support HDMI input.

This Chromecast guide explains why you may consider using Chromecast to stream music to dumb speakers and how to set up the system so that you can continue streaming music to the speakers and AV systems without Chromecast Audio.

The asking price of a “used” Chromecast Audio is about that of two new Chromecast units!

Chromecast (including Chromecast Ultra) is designed for videos/TVs, and Chromecast Audio for speakers/AVR systems. The comparison of Chromecast and … Continue to read the post....

The post How to use Chromecast to stream music to dumb speakers (as Chromecast Audio does)? appeared first on All About Chromecast.

How to stream photos and videos on OneDrive to Chromecast?

In the latest update (June 27) for Microsoft OneDrive for Android, Chromecast support is added. This means you can stream photos and videos on OneDrive to Chromecast.

This is a compliment to streaming local media files as detailed in this guide, as more and more Chromecast owners save contents in the cloud.

The current limitations of Google Photos

For Android users, the most popular cloud photo storage is probably Google Photos, which was recently revamped with many nice features (e.g., unlimited storage).

However, Google photos for Android does NOT support Chromecast currently. FYI,  the old Google+ photos (the predecessor of Google photos)  supported Chromecast.

So, although Google Photos can back up your photos and videos perfectly to the cloud, it is not easy to enjoy them on the TV.

For photos saved in Google Photos, you can create albums. Then add the albums to the Chromecast backdrop.  In this way, you can enjoy your photos on the TV screen through Chromecast automatically.

Please follow this guide on how to set up and use Chromecast backdrop to stream your Google Photos.

For videos, you are probably out of lack. Currently, there is no direct way to stream Google … Continue to read the post....

The post How to stream photos and videos on OneDrive to Chromecast? appeared first on All About Chromecast.

How to play games on Chromecast from mobile devices (Android and iOS)? 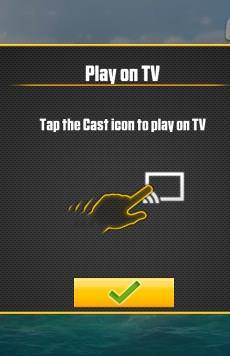 You can play games on Chromecast from Android or iOS devices

For Chromecast-enabled apps, you can cast the game to the TV through Chromecast. Your mobile device then can act as a game controller and can display other info.

You can also challenge your friends or family members with multi-player games.

This post will try to show you how to play games on Chromecast from Android devices.  The procedure is similar to that from iOS devices.

What are the requirements to play games on Chromecast from Android?

The requirements for playing games on Chromecast from Android devices include:

The post How to play games on Chromecast from mobile devices (Android and iOS)? appeared first on All About Chromecast.

How to use Chromecast Audio multi-room group playback?

If you have two or more Chromecast Audio devices, you can let them play exactly the same music simultaneously.

.  You may read this page on differences between Chromecast and Chromecast Audio.

The requirements of Chromecast Audio

The post How to use Chromecast Audio multi-room group playback? appeared first on All About Chromecast.

1. Third-party Ads
We allow third-party companies to serve ads and/or collect certain anonymous information when you visit our web site.

These companies may use non-personally identifiable information (e.g., click stream information, browser type, time and date, subject of advertisements clicked or scrolled over) during your visits to this and other Web sites in order to provide advertisements about goods and services likely to be of greater interest to you.

These companies typically use a cookie or third party web beacon to collect this information.

To learn more about this behavioral advertising practice or to opt-out of this type of advertising, you can visit networkadvertising.org .

AllAboutChromecast.com uses cookies to save your login info before you logout.

3. Advertisers
Our advertiser’s ads may contain cookies. cookies received with banner ads are collected by our advertisers, and we do not have access to such information.

5. Children’s Guidelines
This site does not provide children notice of what information is collected.

Chromecast Preview Program: Everything you need to know 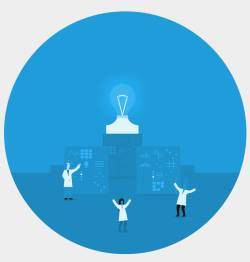 What is Chromecast Preview Program?

As a proud owner of the $35 Chromecast device, you already know the software in the dongle is always updated automatically. Google never asks you to update, or reboot to update.

So, you can enjoy the Chromecast without wasting any time on updating the firmware/OS.

On September 13, 2016, Google released Chromecast Preview Program for opt-in Chromecast owners to enjoy the new features and new version of software before such updates are broadly available.

In other words, Chromecast Preview Program, if opt-in, puts your Chromecast device in a special channel that receives software udpate before Google makes the update available for all other devices.

The update you get through Chromecast Preview Program is NOT beta software. It will be the final update (preview).  In  most cases, you just get it a few days (or one or two weeks) earlier than others,

For modern software udpate, it is impractical to push out updates immediately to tens of millions devices. Most companies roll out update in batches so that the update will not crash the server. And at the same time, quick feedback can be gathered before a full-scale roll-out.

Chromecast Preview Program is just to … Continue to read the post....

The post Chromecast Preview Program: Everything you need to know appeared first on All About Chromecast.

This actually is the 3rd generation of Chromecast. Chromecast (1st gen) was released in  2013. Chromecast 2nd gen and Chromecast Audio (which were discontinued in 2019) were announced in 2015.

Is Chromecast Ultra for 4K TV only?

One of the most prominent features of Chromecast Ultra is supporting 4K video streaming.

But this does NOT mean Chromecast Ultra is only for 4K TV owners.

If you only have a Full HD (1080p) TV, compared to Chromecast 2nd gen,  Chromecast Ultra can still offer some nice new and improved features:

If you want to ask a question on Chromecast privately, or want to leave  feedback/give suggestions on our website, please use this form to leave your message. We will try to answer you as early as possible.

If you want to find the instructions or tips on setup or using your Chromecast, you may check this Chromecast manual page and  Chromecast how-to guide page.

You are also welcome to start a discussion in the Chromecast Forum, a public forum for anything related to Chromecast.

How to change Chromecast WiFi network?

If you have two WiFi networks at home for different purposes, for example, one for normal usage, and the other connecting to a VPN server, you may sometimes want to switch  Chromecast WiFi network.

This tutorial will show you how to change  Chromecast WiFi network  if you have more than one WiFi network at home.

Please note, this tutorial assumes you can access both WiFi networks. If you no longer have the access to the old network, you have to reset your Chromecast as shown in this tutorial.

Chromecast can only remember one network at any time. Changing Chromecast WiFi network means that the old network info will be deleted from Chromecast device.

Chromecast can only access 2.4GHz WiFi network. But your mobile devices or PCs that are on 5GHZ  network or on Ethernet can still find and connect to this Chromecast device,  as long as your devices and Chromecast are connecting to the same router.

To switch or change Chromecast WiFi network, you need:

The post How to change Chromecast WiFi network? appeared first on All About Chromecast.

This is the online version of Chromecast manual. You can get the Kindle eBook version of this book on Amazon Kindle Book store.

Update 2: Google discontinued the support of setting up Chromecast through the Chrome browser on the PC/Mac. So, you have to set up a new Chromecast on an Android or iOS device through the Google Home app.

But this does NOT affect the casting functions of Chrome browser on a PC or Mac. You can still cast a tab, or the desktop, or a file from the browser directly as explained in this guide. In fact, you do not need to install any extensions on the PC/Mac.